The Earliest Recorded History of Gambling

Today, gambling is among the biggest pastime industries in the world. All across the globe, billions of people partake in different forms of gambling, and it’s difficult to imagine a world where gambling isn’t an every day activity. This wasn’t always the case, however, and although gambling has been a part of human history and civilisation since we first began recording our own history, there was a time when gambling was not commonplace at all.

Thousands of years ago, the first proto-gambling would emerge, and for the most part, it was just a game among friends. It would take hundreds of years before gambling became more popular, especially in the bigger cities. It would continue to grow among fans, slowly becoming a more well known pastime, and going through a variety of laws throughout the years. Today, gambling is absolutely massive, and encompasses just about everything you could imagine, including slots, horse racing, bitcoin betting, and much more.

Where It All Started

Historians believe that gambling was first started around 2300 BC, according to the records, at least. While this gambling was probably not the first of its kind, it was the first to have been written down as a piece of history, and the earliest trace of the activity as we know it. It emerged in Ancient China, where the players would play a rudimentary game of chance. Some believe that it bore some resemblance to a lottery, and used wooden playing tiles. This was most likely done by the local governments of the time in a bid to raise money for state funds, but this is mostly speculation.

Some historians also believe that funding for the Great Wall of China may have been partially funded by this early style of gambling, but only as we uncover more relics and recordings of the past will we learn more.

Gambling truly found its stride in Ancient Rome, a city known for a variety of pastimes of all shapes and sizes. The invention of dice was first recorded in Ancient Rome, and this was often used for gambling purposes, much like today’s dice. Gambling could be found everywhere in Ancient Rome, as the people would bet on just about anything. Whether it was the gladiator games, races, and much more.

This was also around the time that chips were first invented. Gambling for money in Rome was illegal, and bore a fine that was often many times what someone would bet. To counter this, some Romans created the playing chip that each had a different value. If the guards caught them, they could make the excuse of using the chips instead of real money, which was technically legal, and the guards weren’t able to take them in. It worked like charm, and chips have remained a vital part of most casinos right up to this day and age. While it would still take another 2000 years before gambling became what it is today, we can still look back and appreciate just how far it’s come. 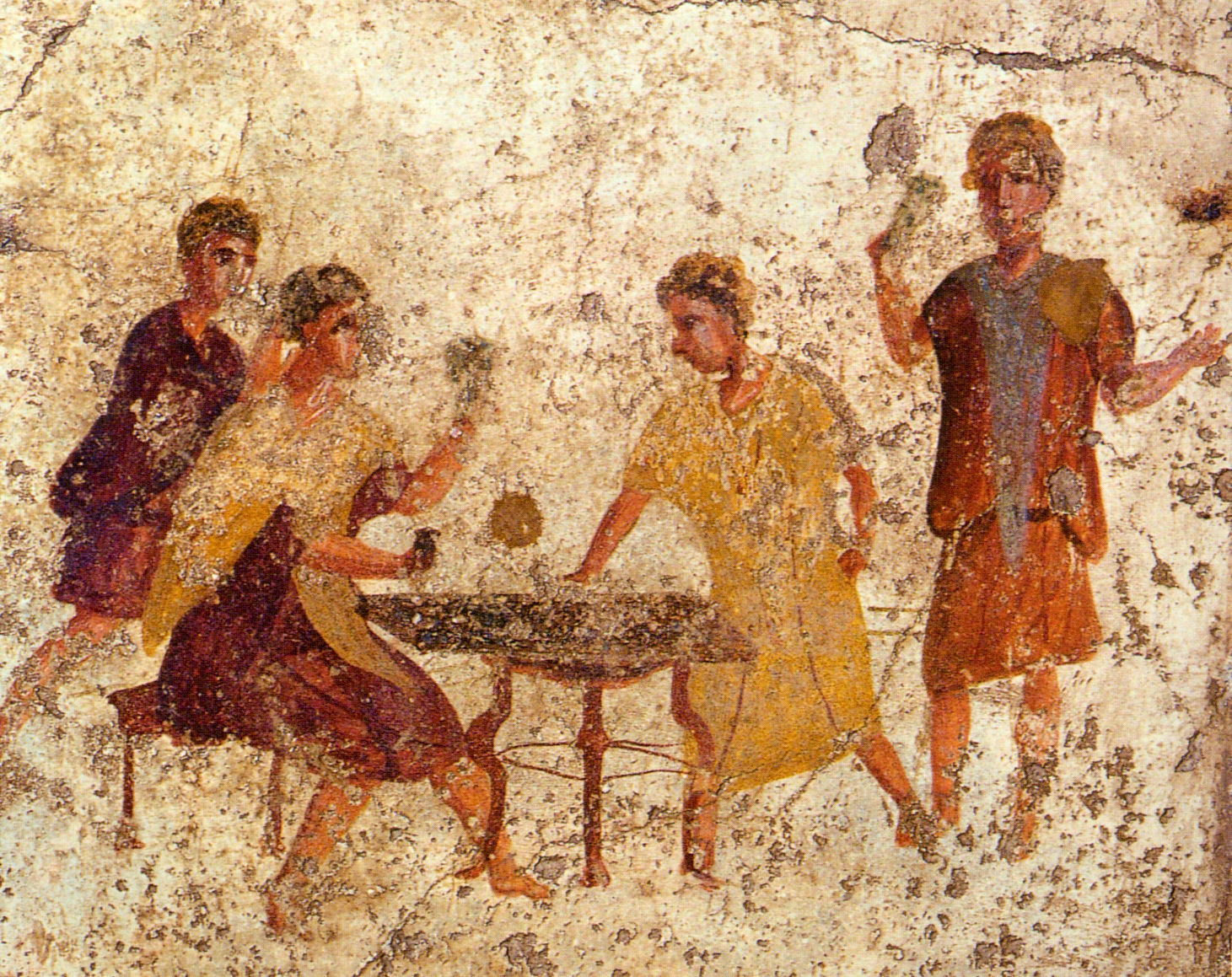