How Dice Have Been Used Throughout The Centuries

When it comes to games of chance, the one contender who is possibly the oldest in the world is dice. Apparently, the ancient Greeks believed legendary prince Palamedes invented the game during the siege of Troy, but other sources like Herodotus state that the game of dice was invented by Lydians during the reign of King Atys.

Both have been disproven by modern scholars who note even primitive societies in the ancient past used rudely crafted dice. Usually these were involved with casting of lots to divine the future but marked four-sided knucklebones in early societies were also used to consult the divine before making a choice. Cubical dice which bear a striking similarity to modern dice have also been unearthed in Chinese sites which date back to 600 BCE, as well as in tombs of Egyptians that date to around 200 BCE.

In their current six-sided form, dice are often overlooked as a simple game of chance, but in over 100 examples shown over 2,000 years in the Netherlands, it seems the dice we know today changed forms many, many times. These dice changes, it seems, occurred when people’s ideas and beliefs around games of fate changed.

In Roman times, many scholars believe that the way the Romans wrote about how the dice fell suggests that these were regarded as being blessed by a deity or being given a supernatural favour to change the players fortune. Interestingly, rolling three sixes was called a Venus and was the highest roll possible in ancient times. Other high rolling numbers were also associated with benevolence and good luck (felicity).

Dice were, it seems, one way in which ancient Romans conceptualised divine intervention in the world. After the fall of the empire, however, dice disappeared in writing and only reappeared around 1100 AD, along with a change in their layout and came in a much smaller size. No longer were they arranged in the formation of sevens, they were arranged in primes – where one and two were opposite, as were three and four, and five and six. No one is quite sure when or why this occurred, but they do theorise that the size change to become smaller was done to dupe religious authorities who likely frowned on those who were involved in gambling.

Now, the polyhedron shape of dice is a recognisable object around the world, used often in gambling, and just as often in social games and games for children. The spots are now arranged in a conventional pattern, where the spots are placed on opposite sides in order to always add up to seven (i.e. one and six, two and five, three and four). Though it must be said that specific games such as crown and anchor dice do have different arrangements in order to play by the game’s rules.

In games, the person who throws the dice is generally called the shooter, while the symbols which show when thrown are mathematical probabilities at play which determine if the throw wins, scores, gets a second throw, or loses. Dice in casino settings are checked and changed regularly to prevent cheating, though the habit of trying to change one’s fates isn’t new, as dice that have been tampered with have been found in tombs and ancient sites around the world. 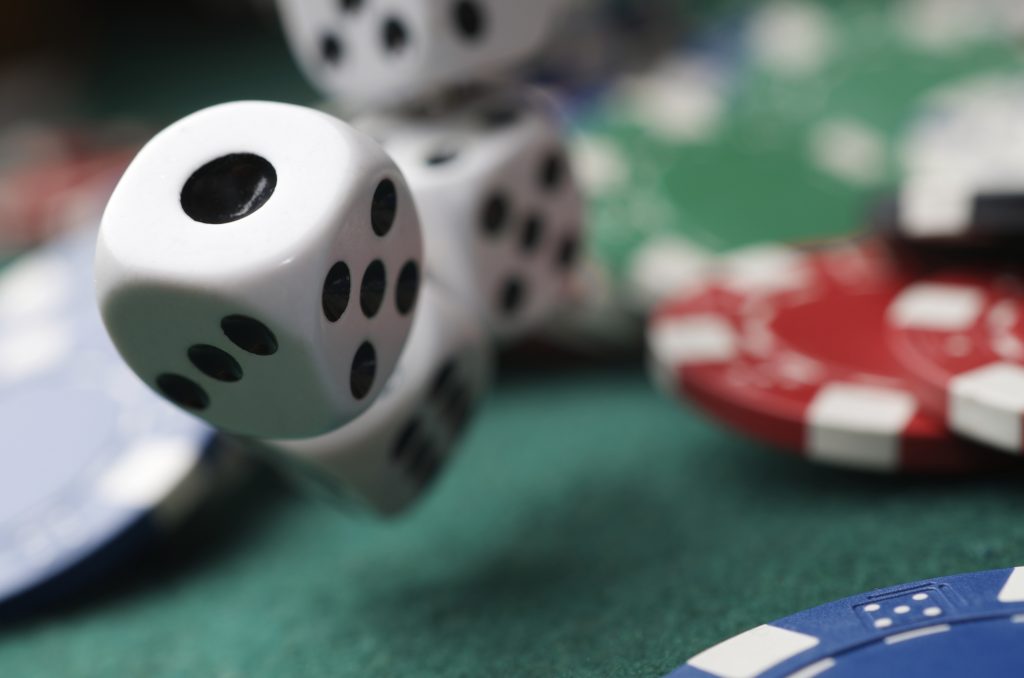