When gambling was first made legal in 1931 in Las Vegas, few could’ve predicted just how popular the city would become for its casinos. Today, there are over 250 casinos in Las Vegas and 15 of the 25 largest hotels in the world – based on room count – are located within the city. Here’s a brief summation of the history of Las Vegas casinos by decade.

The Origins of the Las Vegas Strip

1946: Notorious gangster Bugsy Siegel opens the first luxury hotel casino on the Las Vegas Strip and names it the Pink Flamingo. Later, the Golden Nugget is opened, which remains the largest casino on the Strip to this day with a total of 2,419 luxury rooms.

1966: Business magnate Howard Hughes checks into the penthouse suite of the Desert Inn and never checks out, preferring instead to buy the hotel and invest a further $300 million in other casinos and hotels in the city.

1972: Former FBI agent Bill Coulthard is killed when his car explodes. Benny Binion is suspected of the crime as Coulthard was in the process of rejecting Binion’s application to renew the lease of his Horseshow Casino, however Binion was never brought to book.

1980: On 21st November, the MGM Grand Casino suffers a devastating fire with causes the deaths of 85 people and injures a further 785. It would’ve been safer to stay at home and enjoy Australian sports betting instead!

1981: The Las Vegas Hilton is set alight by arsonist Philip Cline. The disaster causes the deaths of 8 people, injures a further 200, and the emblematic venue is almost entirely destroyed.

1989: The mega-resort era of Las Vegas is launched with the opening of The Mirage.

1993: The Luxor opens which remains to this day the 8th largest casino in the world with 4,407 rooms.

1996: Hacienda Casino is closed and destroyed through a controlled implosion. US rapper Tupac Shakur is shot and killed upon leaving the MGM Grand Casino.

1999: The Hacienda Casino is replaced by the Mandalay Bay Casino. 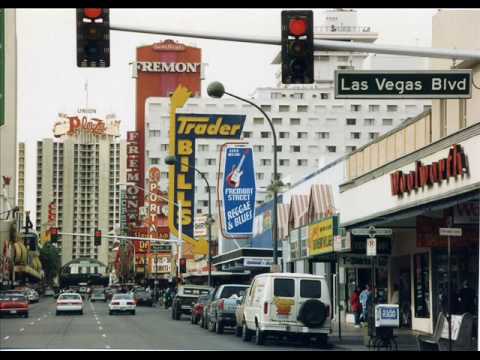 2002: John Entwhistle, the original bass guitarist for British rock band The Who, dies in room 858 at the Hard Rock Hotel and Casino from a cocaine-induced heart attack.

2012: Edward C. Brandt commits murder-suicide in the Excalibur Hotel and Casino. He fatally shoots casino vendor Jessica Corinne Kenny and then turns the gun on himself.

2015: Kirk Kerkorian, known as ‘The Father of Las Vegas’ dies in his home at the age of 98. He is credited with helping shape Las Vegas into the casino mega-resort it is today.