The Definitive History of Roulette

The true origins of roulette can best be described as shrouded in mystery. While it’s known that the game was first devised in 18th century France, how and why the game was created remains a mystery to many. Named after a French word meaning “little wheel”, once the game of roulette was created its popularity spread like wildfire from the European continent to the United States and this popularity has never ceased. As such, here is the definitive history of roulette.

The Origins of Roulette

While the exact origins of the game of roulette are not known, many historians believe that French physicist, mathematician, and inventor Blaise Pascal introduced a primitive form of the game in the 17th century during his search for a perpetual motion machine. As roulette is a game based on odds and statistics, it should come as no surprise that it was essentially invented by a scientist! It can therefore be deduced that the roulette mechanism is a hybrid of the gaming wheel developed by Pascal and an Italian game called Biribi with which roulette shares several similarities.

The game of roulette was devised and tweaked throughout the 17th and 18th centuries and its final form was well-established by the late 1700s. In fact, we still play roulette in the same way as it has been played in Paris since 1796. One of the first mentions of roulette in its current form – long before the rise of Australian betting sites – is in a French novel, La Roulette, ou le Jour, penned by Jaques Lablee which describes a roulette wheel in the Palais Royal in 1796: “There are exactly two slots reserved for the bank, whence it derives its sole mathematical advantage, and two betting spaces containing the bank’s two numbers, zero and double zero”.

Originally, the colour red was used for the single zero and black for the double zero, but starting in the 1800s, the colour green was selected for the zeros on the roulette wheel to avoid confusion. The popularity of roulette continued to grow across the European continent throughout the 1800s, but the game would soon undergo a major change thanks to the fiercely competitive nature of the casino industry. In 1843, in the German spa casino town of Bad Homburg, Frenchmen François and Louis Blanc introduced the single zero style roulette wheel in order to make their version of the game more popular owing to the lower house edge.

In 1860, the German government banned gambling in all its forms and the Blanc family moved their casino operation to Monte Carlo, establishing a gambling capital for the elite of Europe. By the 1900s, roulette has spread like wildfire across the European continent, eventually reaching the United States, and it fast become one of the most well-known and popular casino games. While the single zero version proved dominant in Europe, the double zero version remained in the United States – as it still is today. 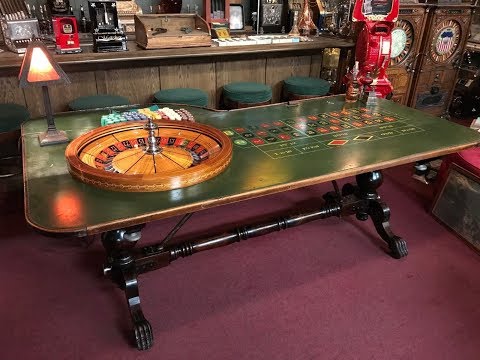