The History of Blackjack

The origins of Blackjack are often debated, and to this day they remain hotly contested. Most researchers however will concur that the game seems to have its roots in French casinos, and that it emerged in the 1700’s.

Many believe that the first version of Blackjack as we know it was called Vingt-et-un, which means 21. Vingt-et-un stemmed from other popular French card games at the time, such as French Ferme and Chemin de Fer (a Baccarat variant). However, there was also a Spanish card game called One and Thirty, where the aim was to reach a hand of 31 with 3 or more cards.

Let’s also not forget the theory that Blackjack was first played by the Romans who used wooden blocks worth different numerical values. This theory could be true as the Romans had a major passion for gambling, but there isn’t much other than speculation that backs the theory up.

Regardless of its exact origins, the game of 21 grew rapidly in popularity after the 1700’s, and it eventually reached North America when French colonists landed on the shores. It didn’t take long before the whole continent was playing the game, and Vingt-et-un became a household name.

The rules of 21 were somewhat different then, although the premise of the game was the same. In the original version only the dealer was permitted to Double, and there was a betting round between each card that was dealt.

By the time the game hit Las Vegas in 1931 it was simply called 21, and the French name had fallen away. In order to attract more players to the game, Vegas casinos added a special bet; one that rewarded players for a hand that held either the Jack of Spades or Clubs, and an Ace. This hand would payout a whopping 10:1 and became known as ‘Blackjack’.

Even after the special bet was removed in most cases, the name stuck, and Blackjack became an incredibly popular game at casinos all across Las Vegas, and beyond. The game spread rapidly around the world, and it wasn’t long before it was being played in every corner of the globe. 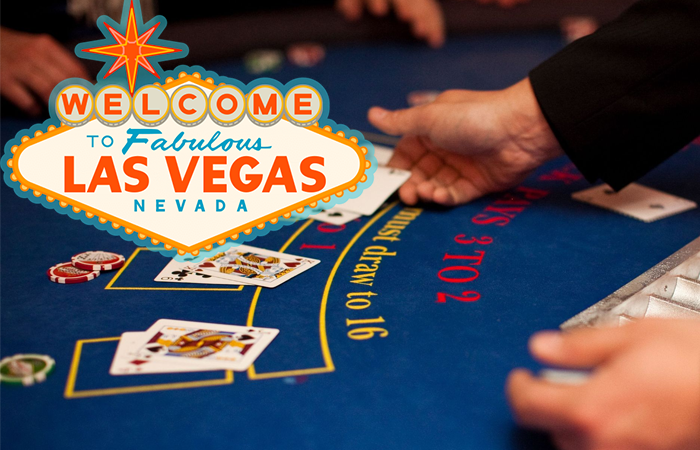 By the mid-1990s the first online casino had opened its doors, and betting sites in Australia were also slowly starting to emerge in the digital domain. Blackjack’s simple nature made it easily translatable into digital format. The first online versions were rudimentary, but over time, they improved, thanks to technological advancements and increased Internet speeds.

Today, you can play Blackjack on your desktop, smartphone or mobile and can enjoy a huge variety of different styles of the game. Each game has its own slightly tweaked rules or added enhancements and you can even play against a real live dealer online.

While there is no one person we can credit for the invention of Blackjack, the game has certainly stood the test of time and managed to evolve in a way that still makes it a player favourite.