Today, when a person asks if you play poker, they are generally referring to Texas Hold’em. This is a game that’s become increasingly popular over the past 10 years. This is thanks to the World Series of Poker as well as movies such as Rounders.

However, there are many versions as well as variations of poker, the main types being:

At “friendly” tables, the dealer frequently has the choice of deciding the kind of game. More structured tournaments often specify the format from the get-go.

Below are a number of the most popular versions of poker which you may encounter at your weekly dealer’s-choice poker game. If you don’t know these, you’ll be at a disadvantage when something wild is called.

At the moment, Texas Hold’em is the most popular variation of poker. If you are able to find a card room or website which offers poker games, you’re almost guaranteed that Texas Hold’em will be the featured game with a wide selection of tables as well as stakes for players to choose from.

Many players, amateur or professional, who have gotten into – or been exposed – to poker since the early 2000s will probably know the game of No Limit Texas Hold’em the best. This game has been the most heavily televised and popularised of all poker variants since the turn of the millennium. This variant of poker has easy-to-pick-up hand rankings and rules to follow.

Omaha is quite similar to Texas Hold’em, however there’s a twist. In Omaha, players get four ‘hole’ cards (rather than two) and can only make use of two cards from their hand together with the three community cards. In addition, everyone plays right to the end. There are five community cards in Omaha with a flop, turn and river. The betting is the same as Texas Hold’em. The player who has the with the best high hand at showdown wins.

In 7-Card Stud, each player is dealt seven cards  three down and four up. Players need to make the best possible five-card hand from their seven.

This thrilling form of poker has all players being dealt their own individual five-card hand (which no other players will have the ability to see in any capacity, in other words there will be no face-up or exposed cards). In this low ball form of poker, players have not one, but three, draw attempts to try and make the absolute best “low” hand.

As opposed to some other “low” forms of poker, it’s very important to note that straights and flushes do count against making a low hand. In addition, note that Aces are always high in this game. As such, this makes the best hand possible in this game 7-5-4-3-2. Also, it means that a hand like A-2-3-4-5 isn’t a straight, but rather Ace-high.

High Low Chicago adjusts the formula on Seven-card Stud so that the game can be about the highest or – alternatively – the lowest hand.

Each poker player begins with one card face up. Whichever player has the lowest face-up card gets things underway with a bring-in-bet (which is usually agreed to before the game starts). Bets are then placed and each player can call, raise or fold. 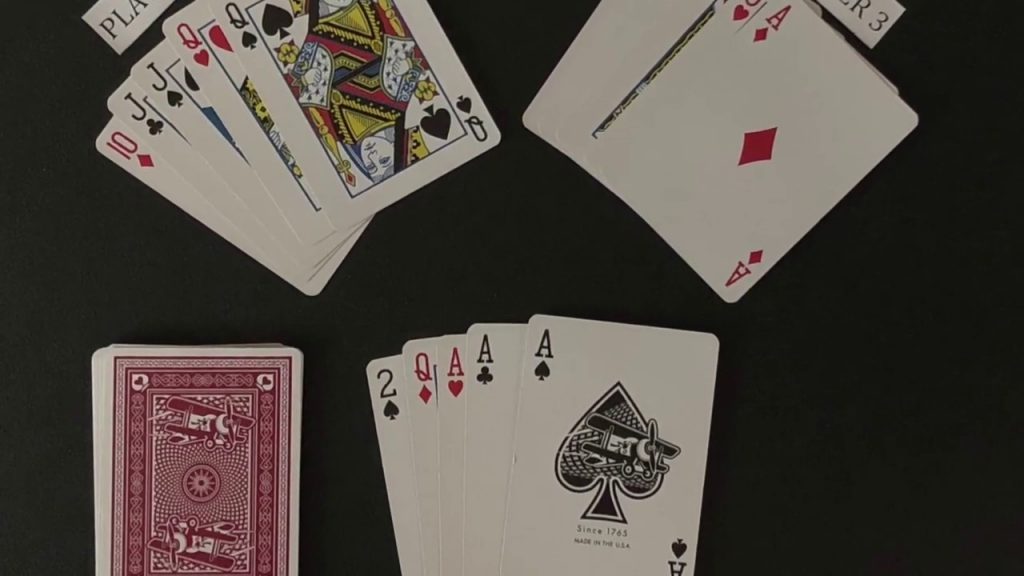