When we look at the sports of today, it’s not hard to find an athlete that hasn’t become world-famous. In an age where globalisation allows us to follow the news on every sport that takes place on any given day, it’s no surprise that there plenty of sports stars out there making the headlines. At the same time, this has made it all the more harder for an athlete to stick out in the sporting world, and many have to work incredibly hard to become household names.

In the ancient world, it wasn’t much different, but for different reasons. The Ancient Greeks, for example, prided themselves on their athletic prowess, which is shown by the emphasis they put on their training. Despite this, many agree that the Ancient Greeks wouldn’t be able to compete on the same grounds as our modern athletes, thanks to generations of training improvements, field and tool improvements, as well as advancements to modern medicines.

While some of their athletes would have been able to hold their own in some of our modern games, many believe that they would have fallen behind fairly quickly. This didn’t deter those that took part in the ancient competitions, and there would have most likely been dozens of young athletes attempting to earn their day of glory in the Olympics.

This, coupled with their extremely intense training regimes, made it extremely difficult to stand out in the crowd. Despite this, there are some famous athletes whose names have stood the test of time. The achievements that these athletes earned throughout their careers would put even those at the top of the Superbowl, Olympic, and AFL premiership betting league to shame.

Theagenes was a famous pugalist who is said to have won over 1300 bouts during his two decade career. His greatest achievements took place in the Olympic games of 476 and 480. He became the first athlete at the Games to win the wreath for both pankration – an ancient form of mixed martial arts – and boxing. He would go on to win 21 championships at the Isthmian, Nemean, and Pythian games, and won a crown for completing long distance running at a competition held in Argos.

Despite his fame, Leonides of Rhodes has remained a somewhat mysterious figure throughout the ages; It is known that he was an accomplished runner, having won the wreath in three different categories at the 164, 160, 156, and 152 Olympic Games. He is also noted for his long career, having won his last championship at the age of 36, showing that he was still a cut above the rest, even those that were much younger than him. 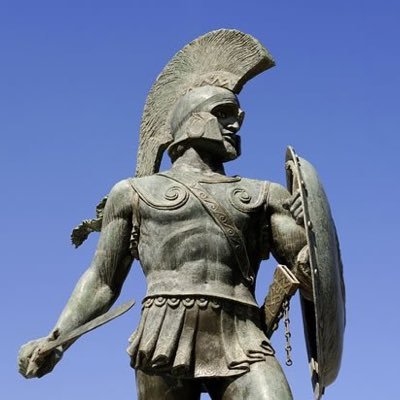 Sparta was a state renown for creating powerful warriors, but they also produced some truly spectacular athletes, such as Chionis. Some of his achievements include winning two events in three separate Olympics. He was also a famous jumper, having once executed a 15 metre triple jump, something that was not bested all the way until 1936.