A Brief History of Boxing

The History of Boxing

This epic and often brutal one on one sport is often considered the most male sport you can get (never mind that a large amount of females boxers are making inroads into this sport in the modern age).

With the earliest known representation of boxing shown on a Sumerian relief from Iraq, dated from about the 3rd millennium BC, boxing seems to have always been a sport humankind has enjoyed. Additionally the earliest depiction of boxing with gloves/or hand covers being found on the Greek island Crete dated +-1400BCE.

The ancient Greeks considered boxing a common sport and it was consistently enjoyed, its first introduction to the Olympic Games was in 688BC, which was only the 23rd ever Olympic games.  Boxing was also popular in Ancient Rome, although they ended up going a bit over board with their gloves, turning them into weapons! Boxing was even abolished at one point due to the excessive levels of brutality – imagine Gladiators being to brutal? I can imagine those Ancient Romans would have loved to use some of the modern betting sites Australia has to offer these days.

We jump ahead a couple of hundred years or more, to London, England. Boxing had fallen out of favour, as people used weaponry to fight instead. But once the English became more civilised, and swords were not worn on a daily basis anymore, the art of boxing had resurgence in popularity. The rise of bare knuckle boxing started in the 16th century and England had a champion by 1719, MR James Figg. Theses fights had no solid rule book to follow, no weight divisions or referees – they must have been chaotic and brutal matches to be in or watch.

By 1743, the English had tried to introduce Broughton rules, to protect fighters dying in the ring. The main rule was a 30 second knockout time, if a fighter could not get back up after that the fight was over. The Marquess of Queensbury rules were introduced in 1867, and they were a total of twelve rules to be applied. The match was to be a fair, stand up fight, in a ring with rounds of 3 minutes, and breaks of one minute. The Marquess of Queensbury rules is the foundation of the modern sport of boxing as we know it today. 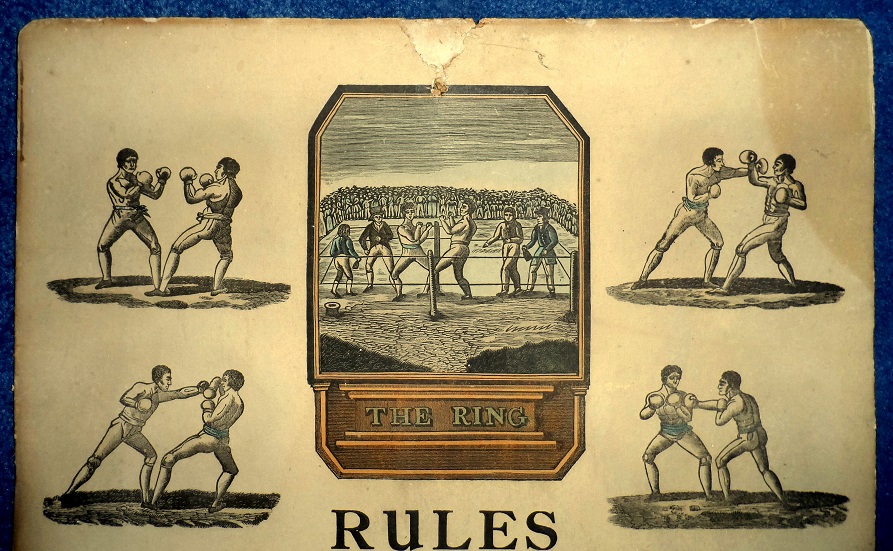 Boxing was later outlawed in the later 19th and early 20th centuries, and any prize fights held were in gambling dens and illegal.

So after all the viscous history of boxing, we now have some gentlemanly rules that apply to modern boxing matches. Depending on whether you are playing and amateur or professional round of boxing, there can be different rules: