NZ’s Most Celebrated Aviatrix and Her Feline Friend

In late May of 1934, Jean Batten managed to complete a solo flight from English shores to Australian ones in just 14 days and 22½ hours. This feat saw her beating the previous women’s record, set by the pioneering English aviatrix Amy Johnson. During her long journey, Batten was given several mascots, but when she was asked if she had a special one when she arrived in Sydney she answered in the negative.

This was about to change! On the 8th of June 1934, Batten was met by a group of veterans at Randwick, Sydney’s Prince of Wales Military Hospital. They gave her a small black kitten for luck, she ended up naming him Buddy, and he then went along with her as she enjoyed a four-week tour of Australia. Whether it’s keeping us company while we enjoy Bingo games for real money these days, or traversing long distances in the olden days, cats have always been great companions, it seems!

Later on in that month, Batten and Buddy set sail for New Zealand, with her Gipsy Moth stowed on board the ship during the voyage so that Batten could use it during her six-week jaunt around her homeland. Buddy was stowed away in the luggage locker as she flew to civic receptions in 20+ towns.

A Reason She Flew Solo?

During her stay in New Zealand Batten was hosted by Bob and Doris Smillie. Bob Smillie was the NZ manager of a patron of Batten’s, Lord Wakefield of Castrol Oil. Reports indicate that she was a difficult guest, and the couple was forced to clean up after her companion as well. Bob explained that Batten needed very careful handling and that he had been forced into the role of lackey during her visit, carting her handbag around and nursing her cat.

September 1934 saw the unlikely pair sailing back to Oz, and although he was an honourary Australian, the cat was briefly restricted from going ashore. After his eventual release, he reportedly kept his position as Batten’s mascot for a few more months, always travelling the luggage locker of her Gipsy Moth. It’s said that he became very neurotic and developed an extreme aversion to planes eventually.

Batten made a triumphant return to England in April 1935, becoming the first aviatrix to fly from England to Australia and back when she did so. She didn’t take Buddy along this time though, leaving him in the care of someone she’d fallen in love with back in Oz, another female pilot called Beverley Shepherd. 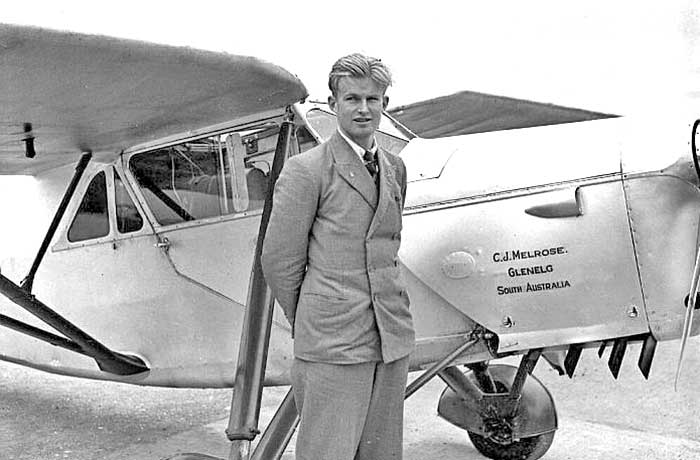 Sadly there are no further references to Buddy in newspaper reports of that time or in subsequent biographies of Batton, and we’re left to wonder what became of him. In an awful coincidence, Shepherd, to whom the cat had been entrusted to before Batten returned to England, was killed in a plane crash the very day, 19 February 1937, that Batten returned to Australia to be reunited with her little companion.