The History of Horse Racing

A Brief History of Horse Racing

Today, horse racing is just another part of a massive global sporting spectrum. But what sets it apart from most other sports is its age – it’s one of the oldest in the world, and can be traced back thousands of years.

Modern horse racing has a long and fascinating history that has, fundamentally, remained unchanged since it first became popular on a wider scale. It’s often known as the sport of kings due to its prevalence among royalty and the wealthy, and it’s earned its name. In 1989, for example, horse racing events were attended by over 50 million people in North America, with the events generating a total of $9 billion in total, enough to give even today’s best 10 nz online pokies a run for their money. Although it’s not quite as popular as it once was, horse racing is still a beloved pastime that continues to attract millions of fans every year.

The Origin of Horse Racing

While humans have been racing horses for thousands of years – there’s evidence to suggest it was popular around 4500 BC – modern horse racing as we know it today began sometime in the 12th century. This was due to the Christian Crusaders, who after visiting the Middle East and coming across the incredibly fast Arabian horses, decided to bring some back with them and interbreed them with their native horses back home.

Over the next four hundred years, Arabian breeds exploded within Europe, with Arabian stallions breeding with English mares to produce entirely new bloodlines of thoroughbreds. These new horses possessed speed, stamina, and strength, and proved to be the perfect combination of all three to begin racing at a more competitive level.

It was during the reign of Queen Anne in the early 1700’s that horse racing began to take off professionally. Multi-horse races were beginning to become more common, and allowed for spectators to wager on the horses before they raced. Most of the spectators that attended were made up of the wealthy and nobility, people who had plenty of spare money to throw around. It didn’t take long for racecourses to spring up around England, and breeding racing horses became a legitimate career for many people. This was also the time that the Jockey Club came into an existence, and still exists today as the United Kingdom’s main horse racing regulatory body. 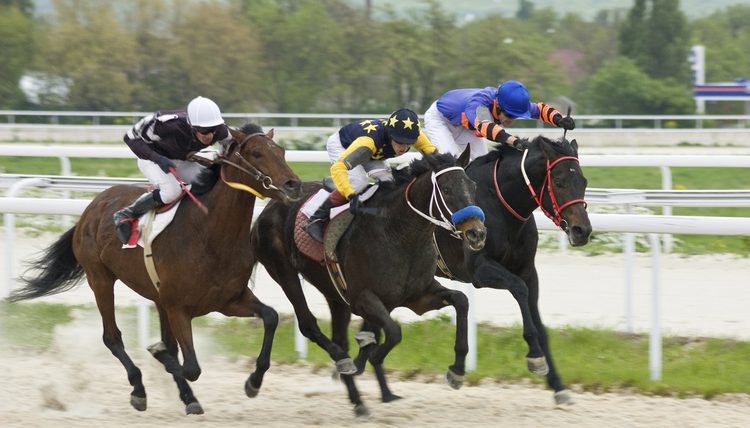 British settlers moving to North America brought many of their more popular traditions with them, one of which included horse racing. Organised racing in the country began after the Civil War in 1868, and with the help of industrial expansion, which saw thousands of Americans suddenly become extremely wealthy, horse racing in the country took off at an exponential rate. By 1890, there were 314 racing tracks in operation throughout the country.

An anti-gambling wave almost saw the end to the sport at the beginning of the 1900’s, but the introduction of the Kentucky Derby saw it turn around and became popular once again.